What To Do If You Get A Tick Bite?

What do you do if you get a tick bite?

The first thing to know is how to properly remove a tick. Any manhandling of the tick such as squeezing it, putting Vaseline over it, or holding a hot match to it, will increase the chance of transmitting bugs.

The tick should be removed with a fine pointed tweezers, grasping it from the side where it meets the skin, and gently pulling in the opposite direction from which it embedded.

While the longer the tick is attached, the higher the risk of transmission, it is possible to get Lyme disease even if the tick is attached for less than 24 hours. The salivary juices of the tick, which contain anticoagulants, anesthetics, and immune suppressors, also contain microbes that can be injected at the time of attachment. Transmission of bacteria by ticks attached less than 24 hours has been well documented in animals, and a recent paper last year documented that this can occur in humans as well.

It is a good idea to save the tick in case you want to get it tested for Lyme or other pathogens.

In July, 2001 Robert Nadleman and colleagues published an article in the New England Journal of Medicine suggesting that 200mg of doxycycline given within 72 hours of a tick attachment is effective prophylaxis for Lyme Disease. The endpoint of this study was whether of not the people who had experienced a tick bite had developed an erythema migrans rash within four weeks of the bite. There was no long term follow up.

There are serious flaws in this study. An erythema migrans rash, which includes both the well known bulls eye rash as well as a solid red rash, does not universally occur in people with Lyme disease. In some studies it occurs in up to 80% of infected people, but in others it occurs in less than 20%. Using the absence of a rash as proof that there is no infection is poor reasoning. Secondly, the lack of long term follow-up precludes the possibility that people without a rash went on to develop chronic symptoms of Lyme disease. Finally, a high proportion of ticks in some areas carry multiple bacteria, some of which are not responsive to doxycycline. Co-infections such as Babesia and Bartonella will not be covered by doxycycline.

There is no black and white answer as to whether or not to treat prophylactically if bitten by a deer tick. If you live in an endemic area for Lyme disease, then you should definitely consider treatment, because a high percentage of ticks are infected. If you do decide to be treated, it should be for no less than 3 weeks. Be aware that early treatment will prevent the body from mounting an antibody response; subsequent testing for Lyme will be negative.

Antibiotic choice is also not black and white. Doxycycline has the advantage of treating tick borne pathogens other than Lyme, including Ehrlichia, Anaplasma, Q Fever, and Rocky Mountain Spotted Fever. The down side to doxycycline is that it causes significant sun sensitization, can be hard on the stomach, and the usual dosing of 100mg twice daily may not reach therapeutic levels.

Amoxicillin and cefuroxime are commonly used for prophylaxis after a tick bite. These antibiotics do not cover as wide a spectrum of infections as doxycycline does, but are often better tolerated.

Whether or not you choose to get prophylactic treatment after a tick bite, it is imperative to be vigilant for symptoms that might suggest active infection. 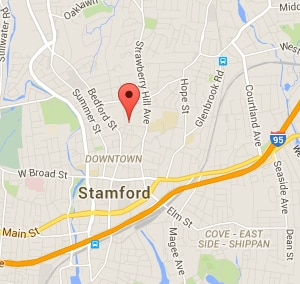